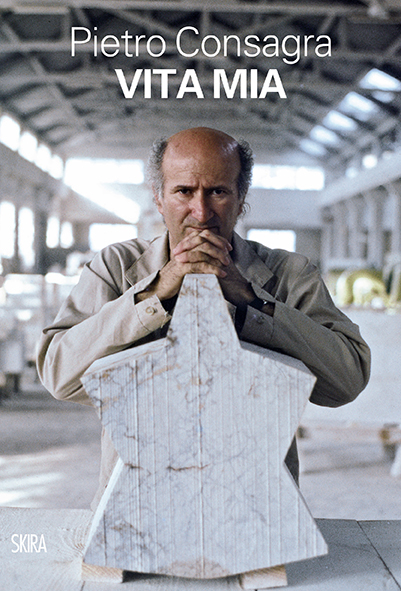 Pietro Consagra is universally known for the originality of his sculpture proposals and his achievements: in these pages, published for the first time in 1980 by Feltrinelli and now proposed again to the public by Skira, he tells himself, what he did, seen, lived, not so much and not only as an artist but as a man. In a very sober but never reticent exposition, Consagra tells us his life: Mazara del Vallo, his birthplace, childhood and youth in poverty and during the war; the discovery of the potentialities of art that were in him, the first drawings, the first sculptures, the landing of the Allies in Sicily; the transfer to Rome in 1944, the militancy in the Communist Party in the immediate post-war period, the associations and enmities, the propensities and idiosyncrasies, the polemics about the question of “realism” and “abstractionism”; the separation from the PCI and even from militant politics; the marriage with an American, the children, the subsequent collapse of the family structure; the meeting with another partner and his affirmation, in the meantime, in the context of international art, until 1980.
The reconstruction of Consagra is the first to give an account of it from within, not without some sober appeal to an anecdotal that gives us back to life the characters and situations of that era. A selection of photographs and drawings documents fundamental moments in Consagra’s life and production, and a compendious final sheet shows the phases and the reasons for his artist’s trajectory.